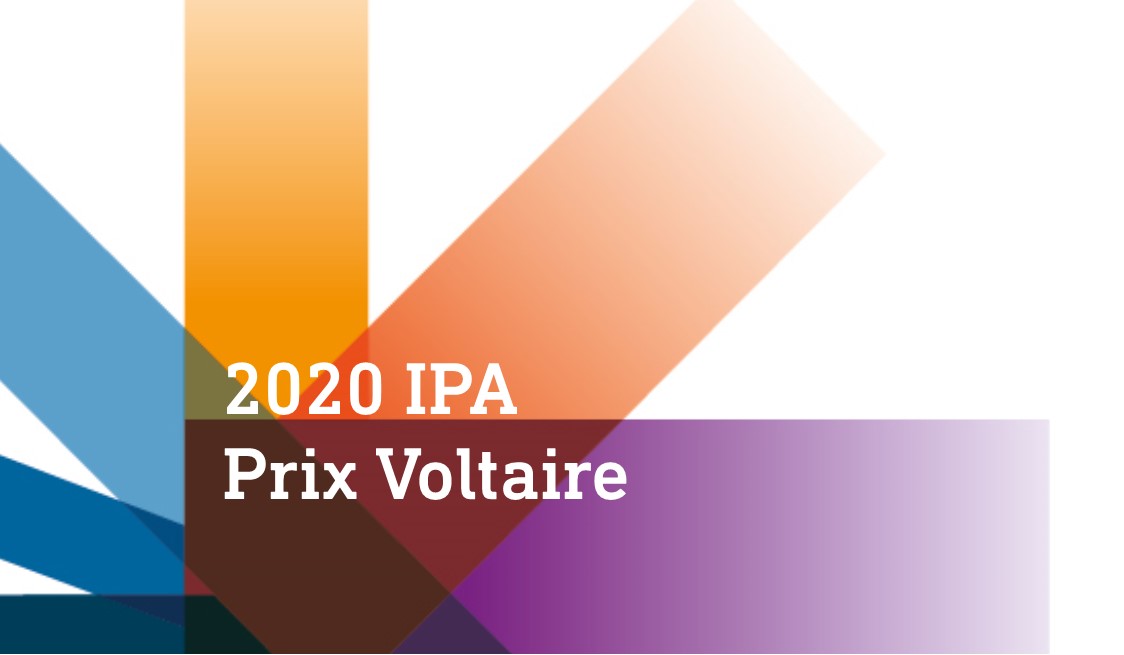 IPA has opened the nominations process for the 2020 Prix Voltaire which will be announced at the 33rd International Publishers Congress in Lillehammer. The announcement came among a packed freedom to publish programme for the IPA at Frankfurt Book Fair.

Frankfurt Book Fair saw Mahmoud Lotfy, the brother of this year’s Prix Voltaire laureate, Khaled Lotfy, address the IPA’s Open Freedom to Publish meetings, our General Assembly and a Freedom to Publish seminar alongside Ensaf Haidar, the wife of 2016 laureate, Raif Badawi. Burhan Sönmez also joined the open meeting and seminar to update us on the situation in Turkey, where 2017 laureates Evrensel and Turhan Günay are based. We also joined a vigil for 2018 laureate Gui Minhai.

Individuals, groups or organizations can nominate; what matters most is the courage and the context of their nominee. Using the attached form, nominators should explain (preferably in English, please let us know if other languages are necessary) why their choice deserves the IPA Prix Voltaire and CHF 10,000 prize money. The recipient, to be selected by the IPA Freedom to Publish Committee, will be presented with the prize at the 33rd International Publishers Congress in Lillehammer, which runs from 28-30 May 2020.

Nominees will have recently published works despite pressure, threats, intimidation or harassment, whether from governments, other authorities or private interests. Alternatively, they may be publishers with a distinguished record of upholding the values of freedom to publish and freedom of expression. For the purposes of the IPA Prix Voltaire, we define ‘publisher’ as an individual, collective or organization that provides others with the means to share their ideas in written form, including via digital platforms.

Please submit nominations by email to This email address is being protected from spambots. You need JavaScript enabled to view it., and do encourage others to nominate as well.  The closing date for nominations is 10 January 2020.