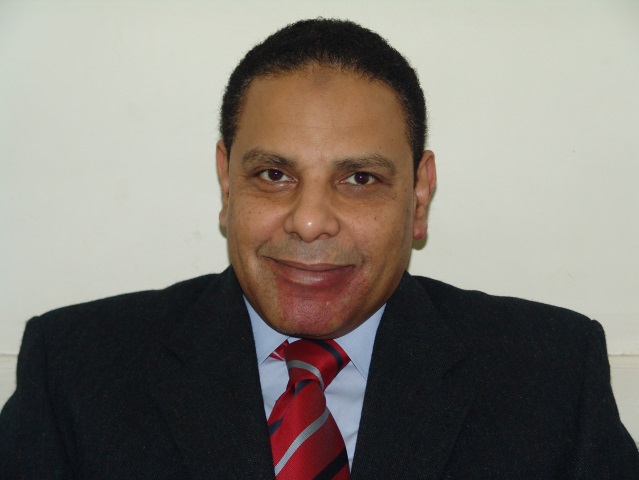 Alaa Al Aswany is the Arab world's bestselling novelist. We spoke to him about the precarious situation for writers in countries, like Egypt, without proper copyright protection.

Alaa Al Aswany's debut work The Yacoubian Building, a critique of life in Cairo during the dictatorship of Hosni Mubarak, has sold over a million copies worldwide. He was a key participant in the 2011 Egyptian uprising which led to the end of the Mubarak regime. We interviewed him about conditions for writers before and since the revolution.

IPA: You believe that copyright and human rights go hand in hand. How is that?

Alaa Al Aswany: Copyright struggles in countries where you don't have democracy. In the West you have a fair, open, honest system. I grew up in a dictatorship. Dictators don't feel comfortable with the concept of an independent writer. Writing is a tough, hard profession and if you can't pay your bills, you'll stop writing. It was impossible to have copyright protected in Mubarak's Egypt – this was done intentionally.

So there were no professional writers under Mubarak?

Yes and no. Governments offered writers jobs, often entirely fictitious, to buy them. You could be paid by the Ministry of Culture to be an "advisor" who never advised on anything. You received a cheque every month, but you couldn't criticize any human rights violation by your paymaster. This was the main strategy of Egypt's Ministry of Culture. It's a classic technique to control writers and to deprive them of their rights.

Has the copyright situation improved since the revolution?

Unfortunately not. It remains impossible for the vast majority of writers. I'm lucky to have an honest publisher (Ibrahim El Moallem of Dar El Shorouk) who pays everyone their rights. He does this because he's an honest man, not because the system requires it. We have a big hole in our copyright system. Not just in Egypt - it's the same across the Arab world.

Technology, particularly social media, was an enabler of the Arab Spring. Is it not enabling better conditions for writers?

Technology has had a very strong effect on our whole society. In 2010, Egypt's government was frantically trying to control social media. When they realized it was impossible, they shut down the whole internet.

Social media has given Egypt's youth two things which my generation lacked. Firstly, independent sources of information, in a context where all media channels are controlled by the government. Secondly, a very efficient and quick way to communicate, again outside the control of authorities.

There are great benefits here for writers. I have 1.7 million twitter followers. Whenever I write something, it immediately reaches a vast audience. It's great for any writer to be in direct contact with readers, to have an efficient way to present our ideas or to promote our work. Social media also allows us to communicate easier with publishers, agents etc.

But what the internet gives writers with one hand, it takes away with the other. I'm talking here about piracy, and the lack of copyright protection. There are hundreds of sites where all my books are available for free and illegally.

I'm a dentist, from the middle classes, which means I've been lucky enough to be able to support myself as a writer. Most writers have very fragile financial situations. The real danger is that in the absence of proper copyright protection, people will simply stop writing. And everyone will lose as a result.