The Grupo Iberoamericano de Editores (GIE), which groups major publishers from across Latin America, Spain and Portugal, has elected Mexican publisher José Ignacio Echeverria to be its new president for the next four years, during GIE’s annual meeting at the Guadalajara Book Fair.

IPA Secretary General José Borghino, who was at the meeting, welcomed Echeverria’s election, which he said augured well for the ever closer ties between the IPA and Latin American publishers. The IPA currently has seven Latin American members, in Argentina, Brazil (two members), Colombia, Mexico, Peru and Venezuela.

A former president of the Mexican Publishers Association (CANIEM), Echeverria routinely attends the IPA General Assembly, has addressed the IPA’s What Works? educational publishing conference, and is a strong supporter of the IPA Educational Publishers Forum (EPF), which has chapters in the Americas and Asia-Pacific region. He succeeds Uruguayan publisher Boris Faingola, whose four-year mandate is ending.

Representing Spain and Argentina respectively were Daniel Fernández, an IPA Executive Committee Director and new Chair of the Membership Committee, and Ana María Cabanellas, a former IPA President and member of the IPA Freedom to Publish Committee. 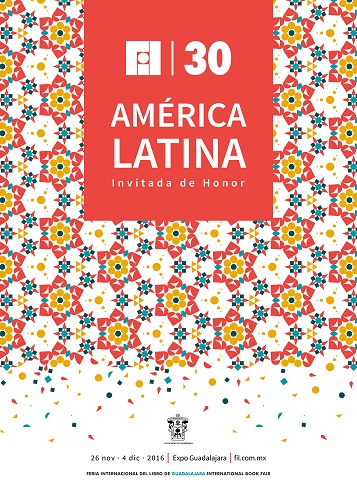 Promisingly, the participants welcomed proposals — tabled by José Borghino — to cement the EPF-Americas meeting at Guadalajara Book Fair as an annual fixture; to set up a second annual gathering in 2017 — likely in Buenos Aires; and to explore the merits of staging a yearly educational publishing conference in the region, akin to the IPA’s successful What Works? An Americas-based steering committee will be defined to pilot the project.

José Borghino also held separate meetings with the IPA’s Vice President-elect, Hugo Setzer, and the new president of the Mexican Publishers Association, Carlos Anaya Rosique, as well as its board members. And he joined celebrations of the 30th anniversary of Guadalajara Book Fair, which has established itself among the most important book fairs on the world calendar.

The IPA would like to thank GIE; the CANIEM board; José Ignacio Echeverria; Hugo Setzer and, in particular, Ana María Cabanellas, for their help in organizing the meeting.