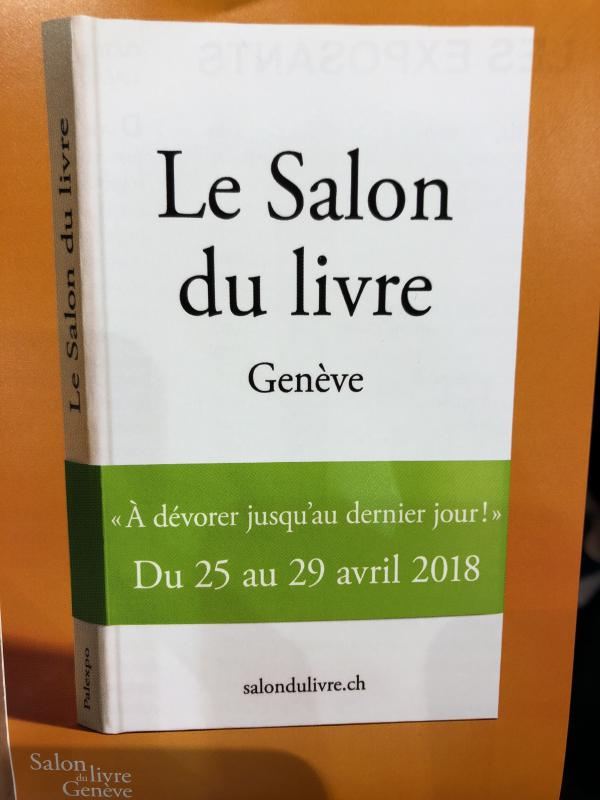 This year, the annual Salon du Livre de Genève (Geneva Book Fair) took place from 25-29 April. Billed as the second biggest francophone fair in the world (after Paris Livre), the event attracts about 100,000 people every year. It also runs a professional programme for publishers (Les Assises de l’édition), which this year was dedicated to publishing in Africa, and at which the IPA was invited to speak.

Our session, moderated by Actualitté’s Nicolas Garry, was entitled ‘Droits d’auteur: avancées et régulations’ (Copyright: progress and regulations). It saw IPA’s Director of Communication and Freedom to Publish, James Taylor, take the stage alongside WIPO’s Benoît Müller (acting Director of copyright infrastructure) and Madagascan author and publisher, Johary Ravaloson, jointly discussing the copyright situation across the African continent from different perspectives.
All of the speakers noted the challenges of piracy in Africa and the need for efforts on multiple fronts to improve the situation.

James Taylor, underlined the importance of enforceable copyright for the development of local markets alongside affordable legal availability and the right infrastructure, such as collective management organisations, to make licensing affordable.

Johary Ravaloson lamented the challenges faced by many African authors to be published outside their home markets, or even more tragically, the bittersweet taste of a famous author who thought they had achieved the ultimate success by being published by a European publisher, only to find that due to high licensing costs their book was unavailable in their own country.

The Salon itself was a success this year, welcoming 87 000 visitors and was an excellent opportunity for IPA to meet a number of members, including our French Canadian, Swiss and Moroccan members. Next year the Salon will be held on 1-5 May and IPA will again be involved.