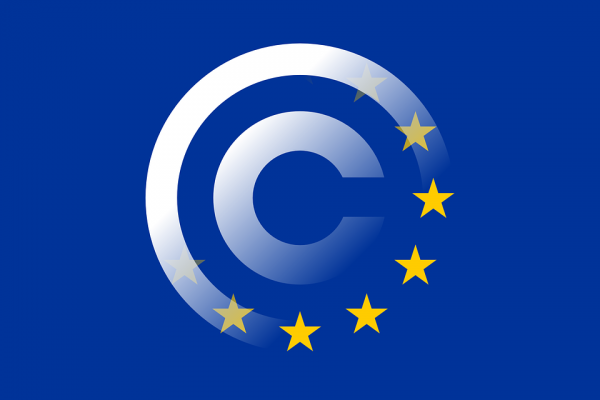 European Publishers React to EU’s Adoption of the Copyright Directive

The European Parliament Plenary voted in favour of the Copyright Directive on 26 March. The vote followed intense campaigning from all sides. Read how some IPA, FEP and other European Publishers Associations reacted to the vote.

Hugo Setzer, IPA President, said: “The IPA welcomes European Union’s agreement for a Copyright Directive and would like to congratulate the Federation of European Publishers and our European members for all their hard work in presenting what publishers do and in arguing for a legal framework that is necessary for them to keep investing in such a beautifully diverse industry.”

FEP welcomes the vote on the provisional agreement on Copyright in the European Parliament of 26 March 2019. Today the European Parliament voiced its support for European culture, innovation, access to knowledge and creativity. FEP welcomes this important decision and is looking forward to the conclusion of negotiations on this file in order for the Copyright Directive to be adopted and subsequently implemented in the Member States.

FEP President Rudy Vanschoonbeek said: “I wish to thank all the MEPs who have, with today’s vote, given real support to European creators and taken an important step towards securing a future of diversity and innovation in the creative sectors. This Directive, the most hotly contested I have ever seen, will modernise copyright and bring certainty to stakeholders in a number of important areas. We need to work now at national level to prepare the implementation based on cooperation between the various stakeholders.”

Following the reactions of some MEPs who claimed to have voted against the report because they opposed censorship, Rudy Vanschonbeek published an additional openletter:

Rudy Vanschoonbeek said: “I am (opposed to censorship) too.

But as a smaller European online entrepreneur, and as a representative of many peers across Europe, I need correct compensation for the creative work that my authors and I do.

When you enjoy a cup of coffee and nice background music at a café, you pay for that coffee and music. If you are watching a theater piece, a part of your ticket price goes to the author of the script. If you receive a pillowcase as a gift with a nice quote from a poem on it, then a fee for the poet is arranged for that.

Why should it not be possible to arrange correct reimbursement for texts on the internet? In addition, exceptions such as in the analog world are perfectly possible: pastiches, memes, etc. remain possible without an algorithm (unlike the moral filters of Apple or Google, speaking of censorship ...) or compensation.

Perhaps the fair deal will decrease the billions in profit of the online platforms, but it will enable authors, artists and publishers to continue to provide a rich and diverse range of products, from bestsellers to niche products.

Every consumer, every user of the internet benefits from that, eternally.”

"A beautiful page and a great day for culture and Europe". commented the president of the Italian Publishers Association Ricardo Franco Levi after the approval in Strasbourg of the Copyright Directive.

Stephen Lotinga, CEO of the Publishers Association, warned it is unclear if the UK will adapt the legislation. He said: “Today the European Parliament has voted through the Digital Single Market Directive. We welcome this hard-fought compromise which on balance delivers for rightsholders in a world increasingly dominated by the large digital platforms.

“The overall aim of the directive – to strike a fair balance for rightsholders online – is one that was badly needed and we should congratulate the European legislature for its efforts in this area. We still don’t have clarity on whether the UK will transpose this legislation. However, if we do end up implementing it domestically, then the policy ramifications of each article need to be carefully considered in a UK context.”

The European Parliament today adopted the Directive on copyright in the Digital Single Market. This creates the basis for a fair and up-to-date copyright. For publishers in Germany the vote is decisive: The reform makes it possible for publishers to again be involved in the private copying distributions of collecting societies such as the VG Wort.

“The European Parliament has demonstrated its commitment to strong and diverse creative industries with its decision today. It clears the way for a fair, modern and future-proof copyright. The reform adopted today strengthens authors and publishers, frees users from liability and forces online platforms into appropriate responsibility. We expressly thank all MEPs, Axel Voss and Helga Trüpel, who have fought to ensure that the intellectual achievements of creators are respected," said Alexander Skipis, Chief Executive of the Börsenverein des Deutschen Buchhandels.

For publishers in Germany, Article 16 (formerly Article 12) of the Directive is of the utmost importance: “The distributions of collecting societies, which have been missing for years, have endangered many small and independent publishers. With the Directive and the upcoming implementation into German law, book publishers can continue to invest and ensure the diversity and quality of the German book market. Now it is up to the Federal Government of Germany to convert the adopted Directive into national law and thus return to a legally compliant and workable solution in Germany. This marks the end of more than three years of suspense over the future of VG Wort, founded jointly by authors and publishers,” said Skipis.

An historic day for all creators, artists, authors, publishers of books and press ...

MEPs have demonstrated the ability of the European Union to adapt copyright to the digital environment and recognize copyright as a pillar of creation.

By voting YES on the Copyright Directive, this Tuesday, March 26, 2019, they promote access for all to creation while respecting the rights and remuneration of creators.