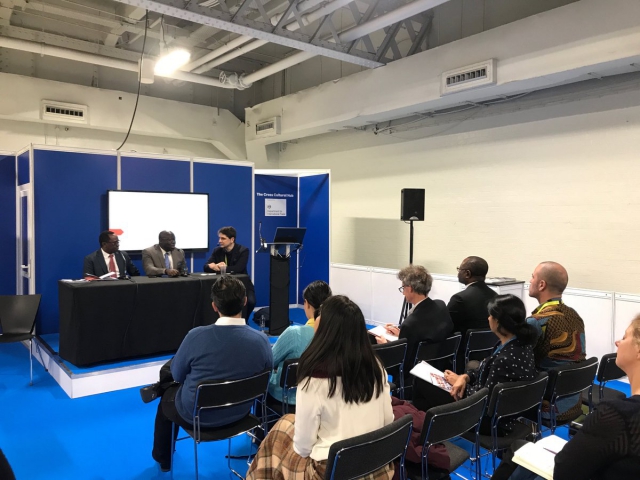 Ngũgĩ wa Thiong’o was confirmed as a keynote speaker among others including the co-founders of Publiseer, Elinor Sisulu, and many more at a session on publishing in Africa.

They confirmed that Leading figures in African writing and publishing will attend the second International Publishers Association Africa Seminar in Nairobi, Kenya, on 14-15 June in what promises to be one of the largest and most important gatherings of the African book industry for many years.

Professor Ngũgĩ wa Thiong’o, one of the ‘fathers’ of African writing and the man whom Chimamanda Ngozi Adichie describes as “one of the greatest writers of our time”, will deliver a welcome address at Nairobi, while other speakers include the novelist Peter Kimani whose last novel Dance of the Jakarandawas a New York TimesEditors’ Choice, and John O Asein, Director General of the Nigerian Copyright Commission.

The seminar, organised by the IPA together with the Kenya Publishers Association, will also see speakers from the United Arab Emirates (Bodour Al Qasimi, Vice-President of the IPA), the UK (Gersy Ifeanyi Ejimofo, Founder of Digital Back Books) and Norway (Kristenn Einarsson, Managing Director of the Norwegian Publishers Association and Chair of the IPA’s Freedom to Publish Committee).

Sessions will cover education; copyright protection and piracy; developing the next generation of Africa’s publishers, writers and artists; digital disruption; the threat of self-censorship; how to create tomorrow’s readers; the struggle to preserve Africa’s indigenous languages; and the need for data.

Among the stellar line-up are:

Read the full press release for more information on the speakers here.