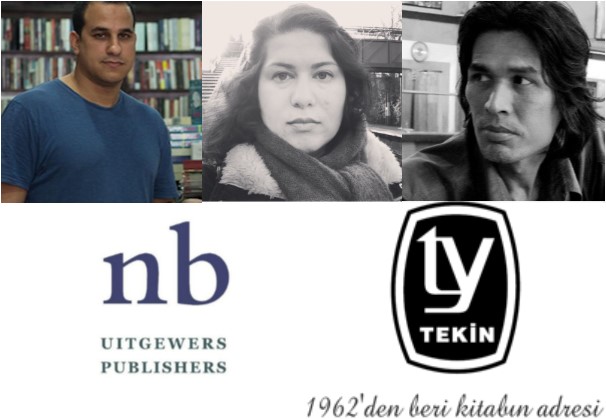 The International Publishers Association (IPA) today announces the shortlist for the 2019 IPA Prix Voltaire, which rewards exemplary courage in upholding the freedom to publish and in enabling others to exercise their right to freedom of expression.

The IPA Freedom to Publish Committee (FtPC) is responsible for picking the shortlist and final winner.

The nine-strong body of publishing professionals from Argentina, Australia, Egypt, Germany, Italy, Norway, Republic of Korea, Thailand, and the United States felt the following nominees, in alphabetical order, deserved to go through to this year’s shortlist:

IPA Freedom to Publish Committee chairman Kristenn Einarsson said “The work of these publishers is remarkable, working in extremely difficult circumstances to bring authors’ words and thoughts to readers. They have all demonstrated phenomenal courage and we are proud to recognise them in the 2019 IPA Prix Voltaire shortlist.”

On February 4, according to reports, Khalid Lutfi, founder of Cairo’s Tanmia Bookshop and Publishing, was sentenced to five years on charges of divulging military secrets and spreading rumors for having distributed an Arabic translation of the book The Angel: The Egyptian Spy Who Saved Israel, by Uri Bar-Joseph. The case started when Tanmia’s founder signed an agreement with Arab Scientific Publishers to publish an Egyptian edition of the book.

Tanmia Bookshop opened in 2011 and later spawned a highly respected publishing house. The publishing house brought out a number of acclaimed authors in translation; in 2016 Lutfi told Ursula Lindsey that two of his most popular titles were by George Orwell and Stephen Hawking. Tanmia also published original works in Arabic, including a children’s book version of Mahmoud Darwish’s poem “Think of Others,” which won an Etisalat Prize for Arabic Children’s Literature.

Although some authors and publishers have been reluctant to speak out about the case, there is a solidarity campaign using the hashtag #متضامن_مع_خالد_لطفي. Source: ArabLit

NB Publishers is a publishing company in South Africa with imprints working across most genres.  One imprint, Tafelberg, was behind one of the most controversial books in South Africa, The President’s Keeper, by Jacques Pauw. The book revealed many cases of state capture which are now being investigated. The book was published amid intimidation and harassment of both the author and publishing house (with a risk of jail and physical harm), including from the State Security Agency and the South African Revenue Service – both targeted by the book.  The book has gone on to be huge commercial success and won the most prestigious national award, the Nielsen Booksellers Choice Award.

Azadeh Parsapour is a publisher of Farsi language e-books through Nogaam Publishing which uses crowdfunding and creative commons licences as a way of bypassing payment restrictions in Iran. She is also the one of the organisers of Tehran Book Fair Uncensored and it’s accompanying journal. Her outspoken work on freedom of expression means that she would be unable to return to her home country.

Parsapour is a guest blogger for the IPA, spoke at IPA-connected events at London Book Fair in 2018 and Sharjah International Book Fair 2018. She received the Association of American Publishers’ International Freedom to Publish | Jeri Laber Award in September 2018.

IPA received 54 near-identical nominations from a variety of nominators in Turkey, including Cavit Nacitarhan of Evrensel Publishing House, Prix Voltaire recipient in 2017. Tekin Publishing House was founded in 1962 The company has a history of publishing books that hold the country’s leaders to account and standing behind its authors. It has faced numerous financial penalties and has found its books removed from certain retailers and the company itself unwelcome at some book fairs.

Tekin Publishing House received the Turkish Publishers Association Award of Freedom of Thought and Expression in 2018.

Moe Way is the pen name of author Sein Win who helped established The Eras Publishing House in 2001. Founded as a publisher of poetry, the company has seen a number of its books censored by the Press Scrutiny Board. Despite the constant restrictions placed on the company’s publications, Moe Way has steered the company through financially challenging times to establish it as a leading poetry publishing house for the pioneers of modern Myanmar poetry and a number of dissidents.

The International Publishers Association (IPA) is the world’s largest federation of publishers’ associations with 81 members in 69 countries. Established in 1896, the IPA is an industry body with a human rights mandate. The IPA’s mission is to promote and protect publishing and to raise awareness of publishing as a force for economic, cultural and social development. Working in cooperation with the World Intellectual Property Organization (WIPO) and numerous international NGOs, the IPA champions the interests of book and journal publishing at national and supranational level. Internationally, the IPA actively opposes censorship and promotes copyright, freedom to publish (including through the IPA Prix Voltaire), and literacy.