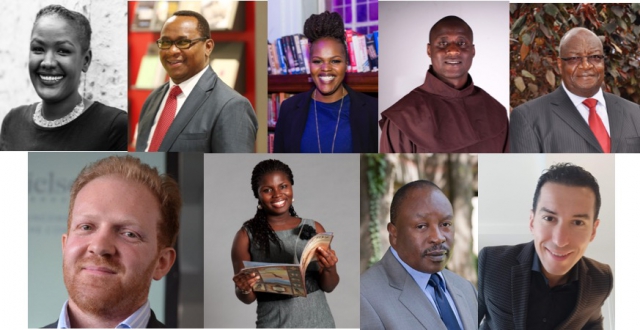 From the man who has been described as “the father of African publishing” to the young winner of the Global Teacher Prize 2019, the roster of speakers for the IPA’s second Africa Seminar continues to grow.

The eyes of the global book community will be on Africa as leading figures in African publishing and beyond converge in the Kenyan capital on 14-15 June to tackle issues that face the continent and wider publishing world.

Lawrence Njagi, Chairman of the Kenya Publishers Association said: “We are honoured to have been able to attract such an inspirational line-up for this Seminar. We undoubtedly have two thought provoking days of discussion on Africa as a leader in international publishing.”

Peter Tabichi is a young science teacher at a remote school in Kenya’s Rift Valley.  He gives away 80% of his monthly income to help the poor, and his dedication in the classroom saw his pupils emerge victorious in a national science competition that saw his school pitted against the best in the country.  His achievements were recognised in Dubai earlier this year where he received the Global Teacher Prize, organised by the Varkey Foundation, named after the Indian philanthropist Sunny Varkey.

Henry Chakava is one of Kenya’s most distinguished publishers and is often described as “the father of African publishing”.  He began his publishing career as chief editor with Heinemann Educational Books where he worked with many high profile African writers including Ali Mazrui, Chinua Achebe and Marjorie Oludhe Macgoye.  As chairman of East African Educational Publishers, he has published a great many school textbooks and for his educational work he has received many awards including the 2006 Prince Claus Award for initiatives that have had a positive impact on society.  He is well-known for championing publishing in indigenous languages and for his belief that local languages preserve a people’s culture.

Since the United National declared 2019 the year of Indigenous languages, the Indigenous African languages will also be discussed by the Kenyan linguist and translator Dr Kimani Njogu.  As CEO of the strategic communications firm Twaweza Communications, he has campaigned for the protection and promotion of Swahili and community languages, as well as the Kenyan Sign Language.  He believes that protecting these languages is important for “national confidence”, and maintains that “we become better, richer and inclusive through linguistic diversity”.

Kenyan publisher Angela Wachuka and author Wanjiru Koinange, also from Kenya,will talk about their work on the restoration and modernisation of three libraries in Nairobi, in particular the historic McMillan Memorial Library which dates back to 1931.  To coordinate efforts they founded Book Bunk and secured funding from Nairobi County government.  The McMillan project is sensitive.  The library was funded by the US explorer William Northrup McMillan and was aimed at a white audience when it opened.  Some see it as a symbol of colonialism.  Wachuka and Koinanage acknowledge this history and are adamant that African authors are represented in the restored library.

Ghana’s Deborah Ahenkorha who runs African Bureau Stories, will talk about her work on mentoring new African writers, and her mission to bring them to as wide an audience as possible, both in Africa and beyond.

Giacomo D’Angelo is the founder of StreetLib, the digital books distributor and publishing facilitator that is based in Italy but has offices around the word.  D’Angelo notes that 70% of the $143bn international book market is happening outside the US and is proud that his company offers an author and publisher portal for every nation in Africa.

At the first IPA Africa Seminar in Lagos, Nigeria, in 2018, the importance of data was acknowledged.  How many books are published in Africa?  What is the size of the market?  André Breedt, MD of Nielsen Book Research International, who is originally from South Africa but is now based in the UK, will talk about Nielsen’s valuable work on the collection of data.  He will present research on three key African markets: Kenya, Nigeria and South Africa.

The seminar will also see the presentation of the Lagos Action Plan, drawn up after the first IPA Africa Seminar held in the Nigerian capital last year.  This plan encompasses an in-depth report on the African publishing market undertaken by Nairobi-based Insight Wells Research.

The Nairobi seminar is supported by a number of sponsors for which the IPA is grateful.  Once again there are various levels and categories of sponsorship.  Emaar is platinum sponsor, Emirates airlines and Sharjah Publishing City are sponsoring the Gala Dinner.  The panel sessions’ sponsors are Nielsen Bookscan and research body Insight Wells and retail developer Lulu Group International.

With growing recognition of the potential of the African market, the second IPA Africa Seminar is attracting thought leaders from across the publishing industry.

About the International Publishers Association (IPA)

Based in Geneva, Switzerland, the International Publishers Association (IPA) is the world’s largest federation of national, regional and specialist publishers’ associations. Its membership comprises 70 organisations from 60 countries in Africa, Asia, Australasia, Europe and the Americas.

Through its members, the IPA represents thousands of individual publishers around the world who service markets containing more than 5.6 billion people.

The IPA was founded in 1896 in Paris by the leading publishers at the time. Its initial aim was to ensure that countries throughout the world showed respect for copyright, and properly implemented the (then) new international copyright treaty, the ‘Berne Convention for the protection of literary and artistic works’.  Today the promotion and defence of copyright is still one of IPA’s main objectives.

Since its foundation, the IPA also promotes and defends freedom to publish, a fundamental aspect of the human right to freedom of expression. Likewise, the IPA stands for the promotion of literacy and reading, and has always been a meeting place for publishers to network, exchange views and conduct business.  The IPA is an accredited non-governmental organisation (NGO) enjoying consultative relations with the United Nations.