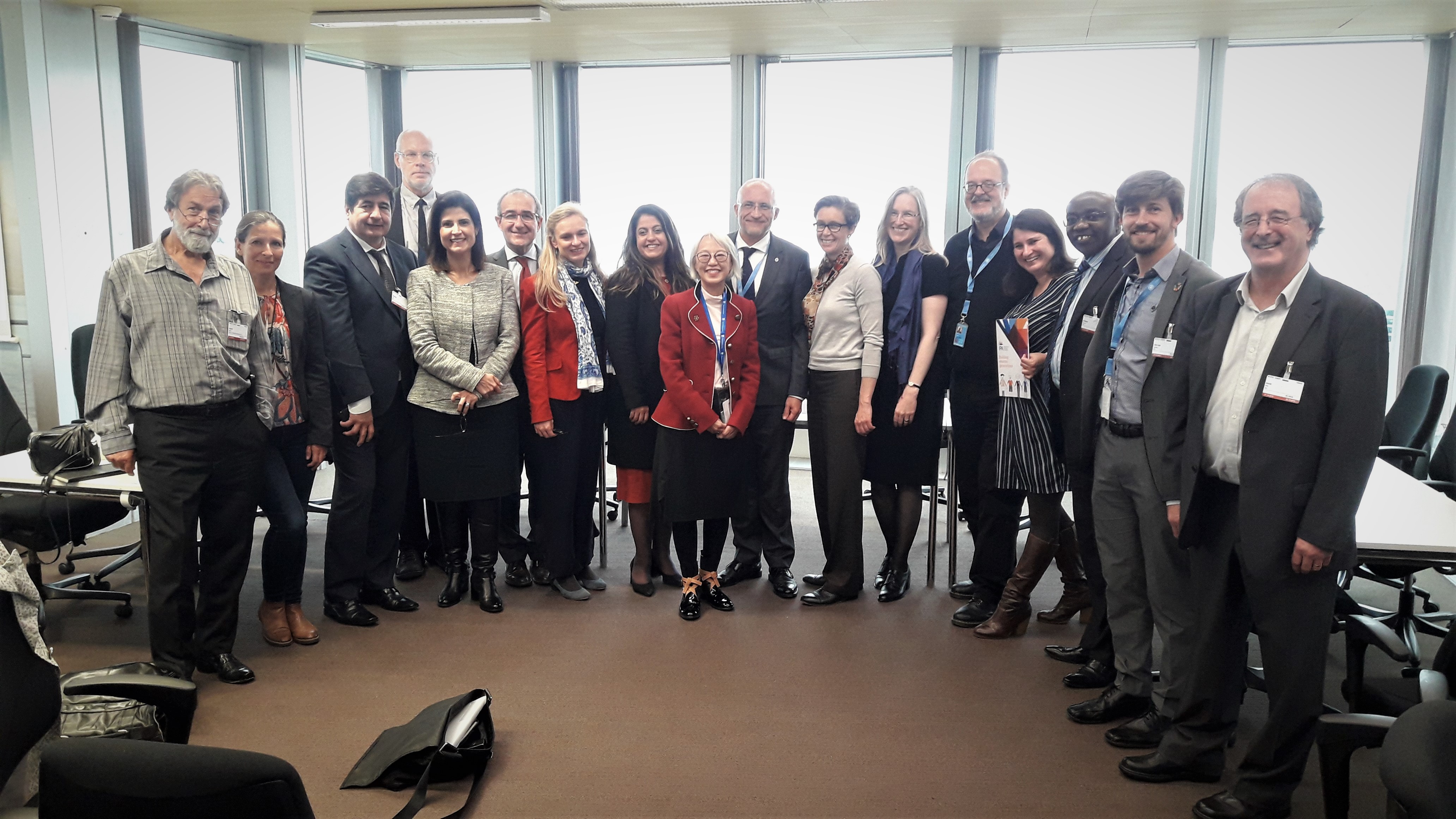 Copyright Exceptions and Limitations at WIPO International Conference and SCCR 39

Before Frankfurt Book Fair had even finished, IPA’s attention was drawn back to Geneva where WIPO was holding an International Conference on Copyright Limitations and Exceptions for Libraries, Archives, Museums and Educational & Research Institutions before the week-long Standing Committee on Copyright and Related Rights.

The International Conference ran from Friday 18 October to Saturday 19 October and was intended to bring together the different discussions that had taken place during the three Regional Seminars earlier in the year. The Conference featured a range of experts from the different identified sectors and a number of publishers including Chris Hudson of the Museum of Modern Art (MoMA) in New York, Flavia Alves Bravin from Somos Educaçao in Brazil, Ana Maria Cabanellas from Heliasta Publishing in Argentina, Dante Cid from Elsevier in Brazil, and Arnaud Robert from Hachette Livre in France.

The Conference closed with no mention of international treaties as a way forward but that conversation was by no means closed as became clear a couple of days later at the Standing Committee for Copyright and Related Rights.

With the mandate around the Action Plans on Libraries, Archives, Museums and Educational & Research Institutions coming to an end there was some pressure to establish a clear way forward on Exceptions and Limitations at this SCCR. However, while talk of an international instrument was largely absent from the Regional Seminars and the International Conference, attempts to plot an alternative way to conclude discussions were roundly rejected by supportive observers.

The IPA maintained its position that the existing international treaties include sufficient flexibility for national governments to modify their copyright laws where they see fit. IPA’s side event on the second day of the SCCR brought publishers from Singapore, Kenya, Brazil and Australia, as well as the Chair of our Copyright Committee, to present the importance locally adapted works and close collaboration between publishers, teachers and governments to ensure the best quality materials are made available to students and that international exceptions would undermine the creation of such materials and leave students worse off.

For a more detailed review of the SCCR you can read our full blog posts here:

The Chair's summary is available here.