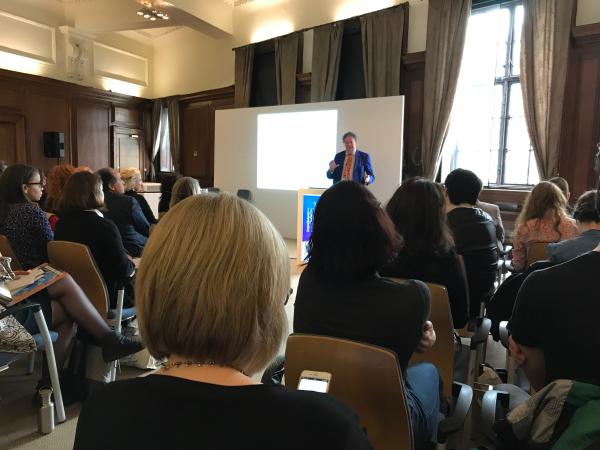 The IPA’s first Freedom to Publish Seminar at the London Book Fair took place on the opening day and saw a packed room listen to the sometimes-frightening challenges many publishers face around the world.

Book Fair Director, Jacks Thomas, told of how the idea of the seminar, entitled Censor, advocate or disruptor? The role of Publishers in an Evolving Publishing and Media Landscape, had come about at the International Publishers Congress in New Delhi before IPA Michiel Kolman underlined the IPA’s commitment to Freedom to Publish.

He stressed the importance of the publishing industry at the junction of business, culture, ideas, science, and democracy and how freedom to publish is attacked by closing down publishing houses, banning books, and in the most serious cases publishers being jailed, or even killed. He closed simply: “Publishing should not be a matter of life or death.” You can read Michiel Kolman’s opening keynote here.

The final speech of the day was given by Mark Stephens CBE, who gave the audience a whistle-stop tour of the world’s defamation and libel laws and how freedom to publish can be limited through the law and its interpretation.

Jennifer Clement, President of PEN International was then joined on stage by Maureen Freely, Chair of English PEN, Azadeh Parsapour, the Iranian Publisher behind London-based Nogaam, and Kristenn Einarsson, Chair of the IPA’s Freedom to Publish Committee.

Maureen Freely spoke of the very difficult situation in Turkey, highlighting a recent report published by English PEN and sharing her own personal experiences of working with renowned Turkish authors. Azadeh Parsapour spoke of her work at Nogaam to enable Iranians to read books in Farsi that are banned in Iran as well as the powerful role of the censors who check for an ever extending and shifting list of words that are banned.

The seminar closed with a conversation between Claire Armistead of the Guardian, with Maureen Freely and Razia Raman Jolly, the widow of Bangladeshi publisher, Faisal Arefin Dipan, the recipient of IPA’s Special Award who was murder by religious extremists in October 2015. Mrs Jolly spoke emotionally about how she had taken over her husband’s publishing house but how, with two children to raise and no protection, she had to be careful what she published.

You can read more about IPA’s Freedom to Publish work here.