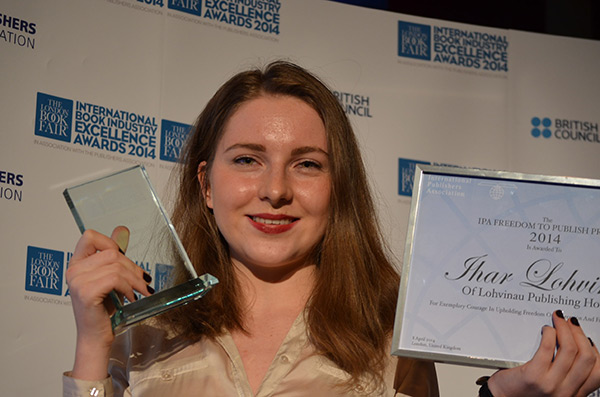 The award of the 2014 IPA Freedom to Publish Prize to Ihar Lohvinau of Belarus has been widely reported bv international media and NGOs.

The Prize was given in recognition of Mr Lohvinau's courageous efforts to defend freedom of expression in Belarus despite the government removing his publishing licence. It was accepted on his behalf by his daughter and co-worker, Alexandra Logvinova, during the London Book Fair.