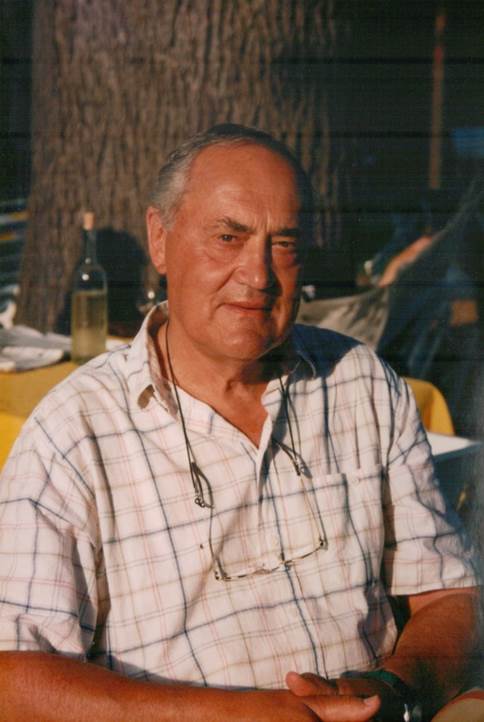 "It was an idea whose time had come." David Whitaker on the birth of ISBN

David Whitaker tells IPA President Richard Charkin about the path to a global identifier for books.

Richard Charkin: It's now fifty years since the earliest glimmerings of SBN, which evolved into ISBN. What was the context? What problem were you trying to solve?

David Whitaker: ISBN, simply, is the key to a bibliographic record. We were trying to solve problems related to the transmission of a book order. Say, for example, that you were looking for a particular edition of Black Beauty. Previously, you had to go through 125 alpha-numeric characters before you could identify the unique edition that you wanted.

What chain of events led to SBN's conception?

In 1965, WH Smith's Peter Bagnall wrote to the Publishers Association (PA) to tell them that Smith's was about to build a huge new warehouse in Swindon, which would be computer controlled. Smith's had around 17% of the retail book trade, and was also the largest wholesaler. So when they said "Jump!", publishers tended to reply "How high?".

The PA had a Distribution and Methods committee, which set up a working party to look at this. We thrashed out a few principles for a standard book numbering scheme for the UK. Every book would be numbered, and each number would be unique to one particular edition, never to be used again.

Meanwhile, Peter Bagnall asked Professor Gordon Foster, a statistician from the London School of Economics, to investigate the concept of book numbers for the trade. Gordon Foster's report, which concluded that there would be very substantial advantages from such a scheme, went to the PA council in early 1967.

I then wrote a paper on how a standard book numbering scheme could be made to operate. It was obvious that to achieve total numbering, one had to find an organization that published records of all books in the UK, and which would be willing to publish a list of books due to be published in the next six months, to enable bookshops and libraries to order them. Realistically, there was only one organization capable of doing that.

Indeed. We published weekly and monthly lists of books in The Bookseller, quarterly cumulations, an annual volume and periodic lists of all Books in Print. The PA approached my father, Haddon Whitaker, who wanted to know if such a scheme would help the book trade. Reassured that it would, he told me to get on with it. The PA then wrote to publishers to say there would be a standard book numbering scheme. It was reported in The Bookseller, which was then hugely influential within the trade worldwide. People wrote articles explaining what we were planning to do, and I had to find a way to do it.

So how did you do it?

Gordon Foster devised a number structure: publisher prefix, book number, check digit – the publisher prefix was short for a publisher with a large title output, and long for those expected to publish one or two editions only. The standard length of an SBN was to be nine digits; check digit modulus 11. With my Whitaker's colleague James Coates, we wrote a 12-page manual that covered everything. Edmund Segrave, then editor of The Bookseller, went through the text with me line by line, to make sure everything was clear. When it was ready, the manual was published in The Bookseller and a copy of the manual was sent free of charge to every publisher.

Was there much resistance from publishers to the concept of SBN?

There were publishers who said, "Why can't I reuse my numbers for other titles? I've sold all of the previous edition." We had to introduce them to the concept of books having a rather longer shelf life than they'd previously conceived of.

We divided titles into three main groups – general, academic and educational. General trade titles were straightforward because all that data went to WH Smith in those days. Every book's details were entered onto a subscription note, a copy of which went to Whitaker's.

Educational publishing was another matter. The two biggest educational publishers were Longman's and Macmillan. The biggest buyer in the country was the supplies department of the Greater London Council, headed by Gerry de Knop. Longman cooperated at once, but Macmillan wrote to us saying that their board had considered the matter of SBN, had seen no advantage to their firm and therefore would not be taking part.

I wrote back to Macmillan, and the PA wrote to them too. Gerry de Knop also wrote to them, saying something along the lines of "you are our largest educational account, we are installing this computer, all books will need to be numbered. Of course, most of your books can be replicated elsewhere. But for those which can't, we will have to apply a number manually, ourselves. We will expect a very large discount as a result."

Gerry sent that letter on a Thursday. The following Monday, I received a letter from Macmillan saying "Dear David, over the weekend every Macmillan book was numbered."

We managed to get all UK books numbered by the end of 1967.

SBN was conceived as a UK scheme. How did it evolve into an international system?

The number structure was devised to accommodate Australia, New Zealand, South Africa and the United States. Dan Melcher of the R. R. Bowker Co, Whitaker's opposite number in the States, together with the secretary of the American PA had held a watching brief and in 1968 America adopted the UK system.

Elsewhere, interest was led by Germany and notably by Dr Hans Jürgen Ehlers of Ernst Klett Verlag, educational publishers from Stuttgart. In 1968 Dr Ehlers and others persuaded Frau Eggert at ISO, TC46 (International Standards Organisation, Documentation Department), that she ask BSI (British Standards Institute) to convene a meeting to discuss turning SBN into an international standard. I chaired the meeting, which was attended by Americans, Germans, Dutch, Irish and Scandinavians and where we came to a provisional agreement about structure.

Professor Foster proposed a way of accommodating all and every country into the system – without the need to change modulus 11 for calculating the check digit. We now had a way to turn SBN into ISBN which would accommodate all countries in the world. We drafted it in Berlin, agreed it and it passed to the plenary session of ISO in Stockholm, chaired by Dr Ehlers. It became ISO2108. The whole process took just one year. It was the fastest ISO ever, and it became the most rapidly widespread.

How do you explain ISBN's ease and speed of adoption?

It was an idea whose time had come. It was also the swinging sixties, a time when anything was possible, even cooperation between publishers! The Bookseller had been running a series of articles on computers in the book trade, on computer-controlled warehouses and on the need for a trade-wide numbering system. By the time SBN was operational, there must have been plenty of people who assumed it had existed for years.

Book publishing, as an industry, has always embraced technology. Once ISBN came in, it paved the way for the first trade-wide electronic order transmission system, for public lending rights, for comprehensive bestseller lists and for bibliographic records in electronic form. All of these advances emerged out of, and were dependent on, ISBN.